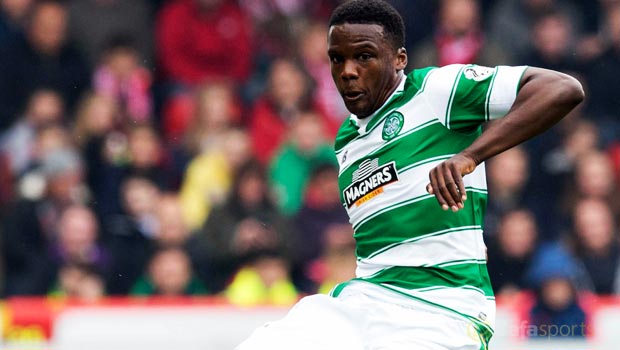 Celtic’s Dedryck Boyata is relishing the chance to play in big European games as he targets a return to international colours.

The 24-year-old has made just one appearance for Belgium to date, coming on as a half-time substitute in a 4-4 draw with Austria back in October 2010.

It has been five long years in the wilderness for the Brussels-born ace, who was on the books at Manchester City between 2009 and 2015 but rarely featured for the Citizens.

He spent time on loan at Bolton Wanderers and with Dutch club FC Twente before making the switch to Glasgow in June this year.

Boyata has made 13 appearances for the Bhoys this term and looks set to be in the line-up when the Scots face Turkish giants Fenerbahce in the Europa League on Thursday.

And the powerful stopper admits that he and his team-mates cannot wait to get stuck into the Turks at Celtic Park later this week.

“When I saw we had drawn Fenerbahce, Ajax and Molde, I was really happy as we knew we would be playing big games,” he told the club’s official website.

“Thursday is a big game, we all know it, and we are all looking forward to it.”

Ronny Deila’s side opened their Group A campaign with an impressive 2-2 draw away at Ajax but will be looking for all three points this time around.

Boyata wants to play a big part both for Celtic, who are priced at 2.38 to win, and to get himself noticed by Belgium boss Marc Wilmots.

“The Belgium squad is full of potential. It’s not easy to get into the team,” he added. “But if I have the chance to get in, I want to say to myself that I did everything I could.”

Fenerbahce lost to Molde in their opener and are on offer at 2.88 to take care of Celtic.