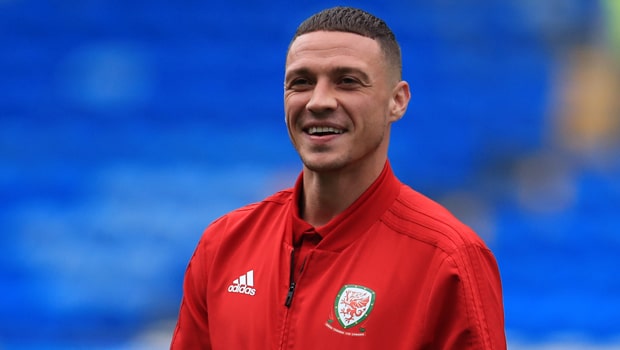 James Chester admits he will be managing a knee problem for the rest of his career but insists he can still play a part for Wales going forward.

Chester picked up the injury in November and played through the pain for club side Aston Villa until January, and hasn’t featured since.

“It first occurred in the Wales-Denmark game. I managed with it for two or three months. I was the only fit centre-half at the club,” he told the BBC.

“But once January came around the club were able to bring in some really good players in my position. It allowed me to take some time out and hopefully I’ll be ready to go for the start of next season.”

He added: “With the rest I’ve had since the end of January, the injury has improved an awful lot. I’m not dealing with any pain at the moment.

That’s a huge bonus but with the type of injury it is it will need monitoring and perhaps I won’t train as much as I always have done, to prolong my career.”

Chester hasn’t given up on adding to his 35 Wales caps, and he is confident Ryan Giggs’ men can get results in their two Euro 2020 qualifiers against Croatia and Hungary this month in his absence.

He said: “Being so long after the season finished, and the quality of the opposition, it’s going to be difficult. “We’ve proved time and time again we’re capable of going to places like Croatia and Hungary and getting results.”