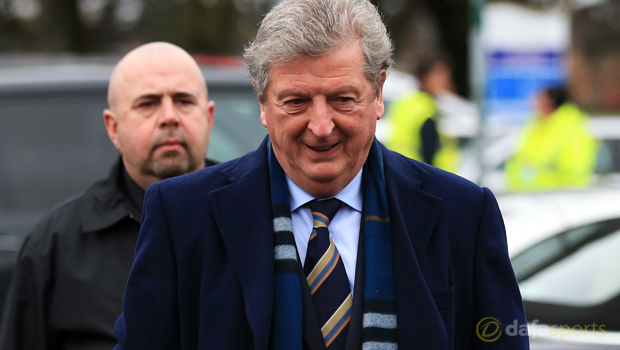 Roy Hodgson expects the Football Association to make an announcement on England’s Euro 2016 warm-up opponents in the near future.

The Three Lions face tough friendly fixtures against Germany, who are 4.33 to win Euro 2016 outright, and the Netherlands, who failed to qualify, later this month, but they are yet to reveal who they will take on in their final three pre-Euro 2016 games.

It has been claimed Australia and Portugal have been lined up by the FA but there has been no confirmation as yet, although Hodgson expects public clarification sooner rather than later.

“I’m very happy with the way things are progressing and expect the FA to make a clear announcement soon,” the England manager told Sky Sports.

“I think we’re close to an official announcement, but until we can make that announcement I can’t say anything.”

A number of nations have already revealed their warm-up schedules including England’s opening Euro 2016 opponents Russia, who will face France, the Czech Republic, Serbia and Lithuania ahead of the showpiece event in France.

Hodgson is set to name his squad for the clashes against Germany and the Netherlands on March 17 but he refused to give too much away when asked who was in his thoughts.

He added: “I don’t intend to speak too much about what my plans are. I’m going to keep that until the announcement.”

On his final Euro 2016 squad selection, Hodgson added: “The most important thing is that the players I select in May are 100 per cent fit and ready to go and I’m not forced to make a very, very difficult decision: ‘do I take a player who’s not 100 per cent fit at the moment but may be in two or three weeks’ time?”