Ross Barkley “in the zone” for club and country 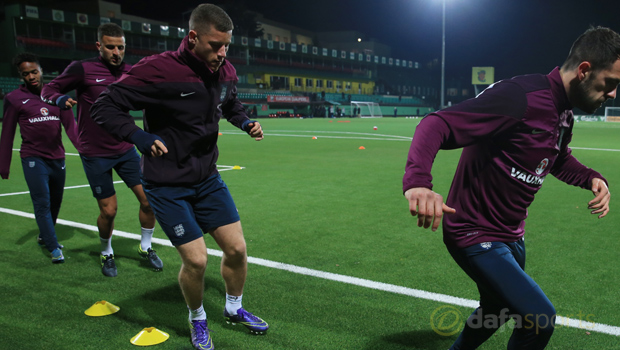 Everton midfielder Ross Barkley is delighted to have been able to carry his club form to the international scene with England.

Barkley was handed a start for the Three Lions in the Euro 2016 qualifying victory over Estonia at Wembley as Roy Hodgson’s side made it nine wins from nine.

Michael Carrick’s failure to come through a late fitness test ahead of the clash allowed Barkley the opportunity to step up and he ensured he took full advantage.

The 21-year-old put in a man-of-the-match performance as he lit up the national stadium with a classy performance in the middle of the park.

Theo Walcott opened the scoring on the night after latching on to a through ball from Barkley on the stroke of half time.

Manchester City winger Raheem Sterling wrapped up the points to make it 2-0 with five minutes remaining.

Barkley has been the driving force in helping Everton to start positively in the Premier League as they sit seventh after eight games.

The Toffees playmaker feels that he is in the zone at the moment and thriving with the amount of football he is getting under his belt.

Barkley said: “I’m just in a zone, fully focused on what I want to do on the pitch.

“Playing at Wembley is like a dream. We have a lot of talent within the group and a lot of experienced players who help us.

“I really feel an important part of this squad and game by game hoping to stamp my authority on the pitch.

“I’m feeling confident and have been playing well at Club level and have taken my form into the game today.”