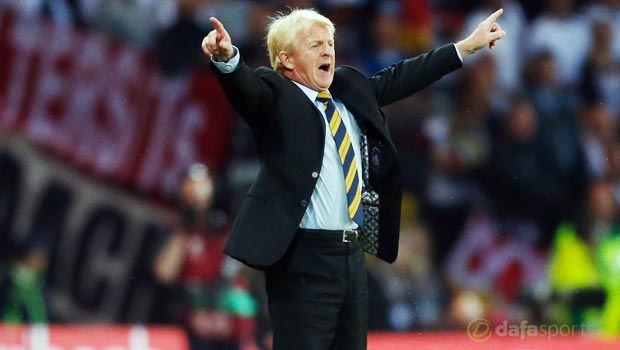 The chances of finishing in the top-two, which would bring automatic qualification to next summer’s tournament in France, were badly damaged on Friday night when the Tartan Army crashed to a shock 1-0 defeat in Georgia.

It meant they had to pull off a result against world champions Germany at Hampden Park on Monday night.

Thomas Muller twice put the Germans ahead only for Scotland to battle back courtesy of a Mats Hummels own goal and James McArthur’s strike respectively, but Ilkay Gundogan claimed a 3-2 win for the visitors in the second half.

It ensured Germany stay top of Group D with Poland in second, a point behind, following an 8-1 win against Gibraltar.

Scotland can no longer qualify automatically as they are six points adrift of the Poles with a far inferior goal difference so they must try and pinch third spot ahead of the Republic of Ireland, who are four points ahead of them after defeating Georgia 1-0.

The Scots must try and win their remaining games, at home to Poland and away at whipping boys Gibraltar, while the Irish have the more difficult prospect of facing Germany in Dublin and travelling to Poland.

Strachan said: “Well played to the Irish for winning. We’ve had two chances over the last couple of days to pick up points and we’ve not done that, so we can’t look about and blame anybody else for anything.

“But trust me, we’re still in this.

“If we play like that, the same determination with a wee bit luck – when you play the world champions you need a wee bit of luck. You don’t need deflections coming off someone’s foot and creeping in the back of the net.”