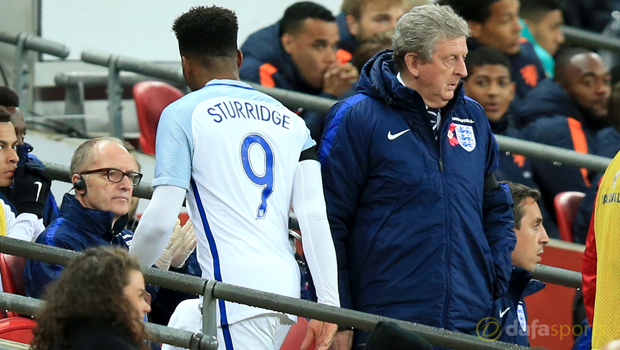 England boss Roy Hodgson has hinted that he will take a gamble on the fitness of the likes of Raheem Sterling and Jack Wilshere for this summer’s European Championships.

The Three Lions, priced at 9.00 to win Euro 2016, will take on Wales, Russia and Slovakia in Group B this summer but they do have a number of fitness doubts.

Hodgson has always claimed that he would not take a player to the competition unless they could prove their fitness but he has now hinted that he may wait until the last minute.

Liverpool’s Jordan Henderson is thought to be a major doubt for the summer, while goalkeeper Jack Butland has already been ruled out after fracturing his ankle.

Early reports suggested Sterling may miss the rest of the campaign with a groin injury but he played 22 minutes against Newcastle on Tuesday night.

Wilshere also played his part in an Under-21’s game for the Gunners and Hodgson insists he will not make any rash calls just yet.

Hodgson told the Manchester Evening News: “We will have to definitely take into account that some will be on the back of a long season, where they’ve played almost every game, and some will be probably woefully short of actual competitive match practice because they’ve been out for such a long time.

“At this moment in time that seems like a dilemma, that sort of decision, in terms of making a good decision vis-a-vis how fit are they, how fit are they actually going to be, how is their lack of matches during the year going to affect them?

“I am trying to leave it to crossing the bridge when I sort of come to it, but I would be dishonest if I didn’t say it was obviously something which we’re considering and thinking about.”