Andriy Shevchenko delighted with No.2 role 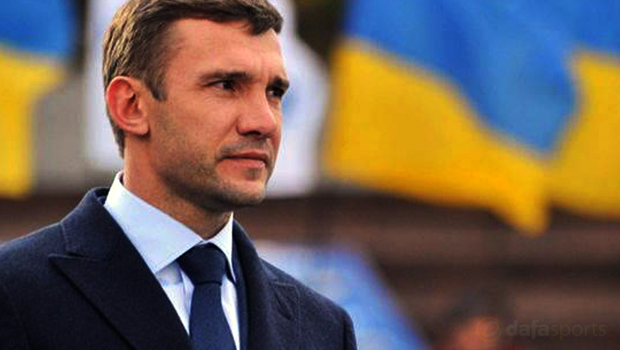 Andriy Shevchenko is hoping his appointment as Ukraine’s assistant manager ahead of Euro 2016 will provide a good platform to build on for the future.

The 39-year-old, who retired from playing in 2012, takes over from Olexandr Zavarov after the FFU decided not to extend his contract.

It will be the Milan legend’s first coaching job and the ex-striker will be hoping his experience can help the national team enjoy a successful campaign at the tournament in France this summer.

The former Dynamo Kiev and Chelsea star is his country’s top goalscorer, having notched up 48 goals in 111 international appearances.

Ukraine, who are big outsiders at 101.00 to win the Euros, have been drawn in Group C along with world champions Germany, Poland and Northern Ireland.

The 2012 co-hosts are a 9.50 shot to top the standings while they are a 1.50 chance to qualify for the first knock-out stage of the tournament.

Shevchenko, who won the Ballon d’Or in 2004, is delighted to have been handed the opportunity and hopes it is the first step to becoming a manager one day.

“After almost four years on vacation, I am coming back to big football, as a coach,” he said. “I worked with great coaches like Valery Lobanovskyi, Carlo Ancelotti, Jose Mourinho and got a huge experience.

“Coaching courses helped me to shape up my ideas and determine my own vision of football. Hopefully this will help me in the future.”