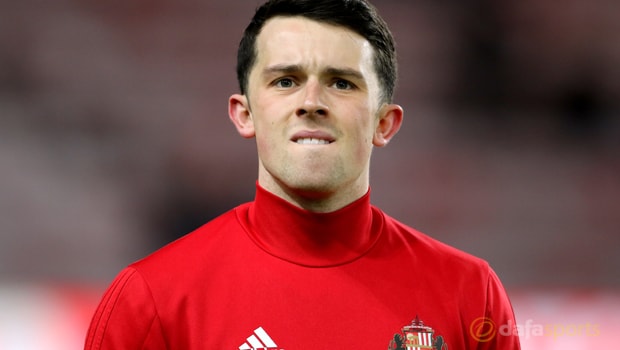 Sunderland boss Chris Coleman has praised the attitude of George Honeyman, who has established himself as a first-team regular at the Stadium of Light this season.

Midfielder Honeyman found first-team opportunities hard to come by while the Black Cats were in the Premier League, but he has become a regular this term, scoring four goals in 38 appearances across all competitions.

The 23-year-old has been a rare bright spark in an otherwise dismal season for Sunderland and Coleman, who only took over the managerial reins on Wearside in November, has been quick to praise the youngster’s attitude.

“If you could bottle it… George knows the parts of his game that he’s short on, but what he’s not short on is enthusiasm and attitude.”

Coleman knows Sunderland are going to need more players to showcase the same commitment and desire if they are to avoid relegation from the Championship this season.

The former Wales boss added: “He’s got the heart the size of a dustbin lid, one of the best I’ve ever worked with. “You need your George Honeymans, not everyone is like that.

It’s not all on his shoulders but someone with his attitude, you can work with people like that.”

Sunderland are currently bottom of the Championship standings and five points adrift of safety with just eight rounds of fixtures remaining in the campaign.

The Black Cats have not dropped down to the third tier of English football since 1988, but they are priced at 1.06 to be relegated to that level come the end of the campaign.