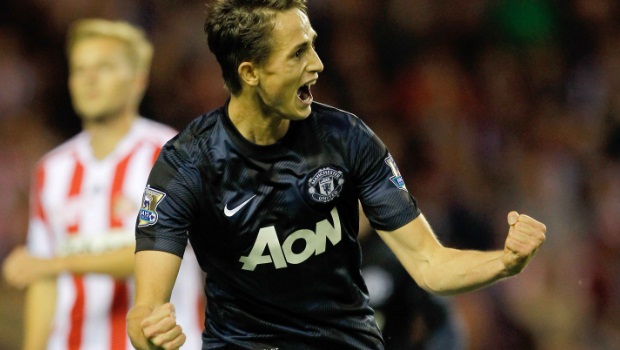 The Belgium-born youngster made his full debut for the club and scored a brace as Moyes’ men came from behind to beat Sunderland 2-1 at the Stadium of Light.

Januzaj, who is of Kosovan descent, can play for several countries including Belgium, Albania and Turkey.

When asked if the FA had been in touch, Moyes confirmed the news and insisted he could play for a number of countries, including England due to residency rules.

He said: “I think he’s got a choice of countries to play for. He’s got probably three or four different countries he could choose to play for.”

He said with a smile: “And maybe Scotland as well. I think there is some way that he could qualify for England, yes.

“Obviously, he has been called up by Belgium several times and chosen not to at the moment, and he’s wanted by, I think, Albania, Croatia and a few others as well.

Januzaj’s double on Saturday provided some respite for Sir Alex Ferguson’s successor as it helped the Red Devils climb back into the top half and into ninth, after back-to-back defeats to Manchester City and West Brom saw them fall down to 12th.