Posted by Robert Morris on September 8, 2016 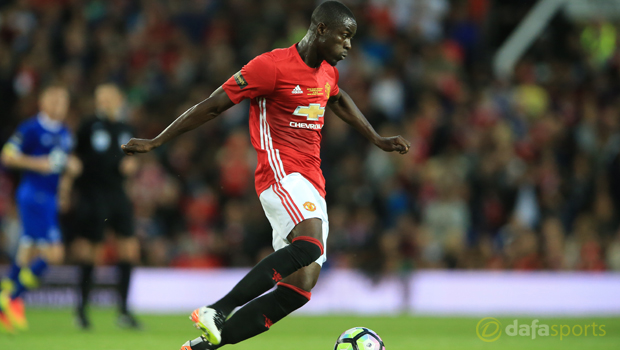 David de Gea believes Manchester United summer signing Eric Bailly has made an impressive start to life at the club.

The Ivorian was signed from Villarreal in June for a fee reported to be around £30m but questions were raised about his lack of experience, having made just 40 La Liga appearances during spells with Espanyol and El Submarino Amarillo.

However, he has taken to English football like a duck to water, helping the Red Devils to lift the Community Shield before starring in their perfect start to the Premier League season.

The 22-year-old’s performances have seen him win the man of the match award in three of his four outings but on Saturday he will face his toughest test to date, when United take on local rivals Manchester City.

Jose Mourinho’s men are 2.30 to win the first derby of the season, with the draw 3.20 and the visitors 3.25 to take all three points from Old Trafford.

De Gea was another player who arrived from Spain, joining from Atletico Madrid in 2011 and, after a tough start, has established himself as arguably the best goalkeeper in the country.

The stopper admits he is has been delighted with Bailly’s early impact, admitting that he and some of the other new signings have helped give the team a physical edge they previously lacked.

He told the Daily Mail: “Eric’s come in and surprised us all very quickly. I remember when I first came to England and, trust me, it can be hard early on but he’s flying.

“He is physical, strong, technically confident and super-fast. “He’s a big presence and, when I stand in the tunnel and look behind me, he is one of the new big, powerful players along with Pogba and Zlatan Ibrahimovic that gives us real presence and stature this season.”