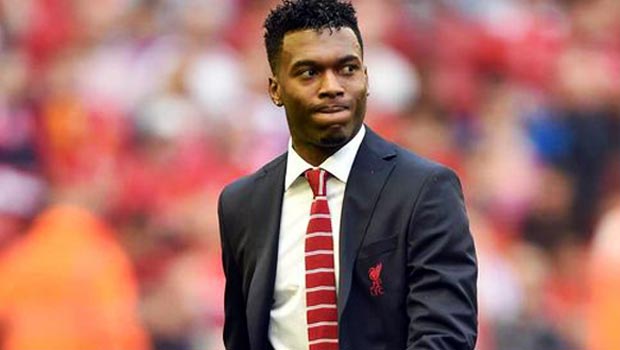 The 25-year-old England international penned a lengthy deal with the Merseysiders when he joined from Premier League rivals Chelsea in January 2013.

However, Sturridge’s impressive tally of 36 goals in 52 appearances for Liverpool since his arrival has prompted Rodgers to try and ensure that the former Manchester City starlet will not be enticed away given that he is even more vital to the team after last season’s top scorer Luis Suarez departed for Barcelona in the summer.

Rodgers said: “There are talks ongoing with his representatives but there is no more news other than that.”

In the meantime, Rodgers is waiting to see if Sturridge will be fit enough to play any part in Liverpool’s Premier League visit of West Brom on Saturday as he has been sidelined by a thigh injury picked up on international duty with England a month ago.

The problem has resulted in the player being left out of England’s upcoming Euro 2016 qualification matches against San Marino and Estonia next week, but Rodgers insists there has been no conflict with Three Lions coach Roy Hodgson over the matter.

He said: “We agreed it was probably too soon for Daniel to meet up with England, irrespective of whether he was involved this weekend or not. He has not trained with the team at all since his injury and it probably was not the right time for him to go.

“He’s had a grade one injury for four weeks, which is a long time, and my focus is now getting him to play for Liverpool.”