Cup progress came at a cost for Tony Pulis 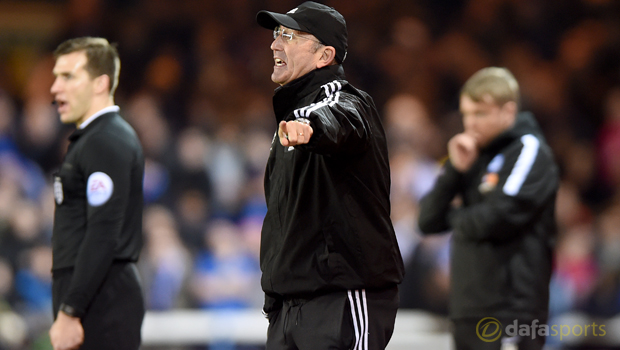 The Premier League side had to come from behind at London Road after Jon Taylor had put League One Posh in front as Darren Fletcher’s strike ensured the game finished 1-1 after extra time.

Fletcher missed his spot-kick in the shoot-out, but keeper Ben Foster saved from Lee Angol and Martin Samuelsen to seal a 4-3 win for the Baggies and it secured a fifth-round tie at Reading.

Pulis was delighted to make progress in the FA Cup, but admitted that the growing injury list is a major concern as Northern Ireland international McAuley limped off with a hamstring injury and he is likely to be out for at least two weeks.

Jonny Evans, Chris Brunt and Craig Dawson are currently battling to be fit for the trip to Everton on Saturday, while James Morrison and Callum McManaman are long-term absentees.

Pulis said: “We’re more concerned with injuries, that’s our biggest problem at the moment. They were going to have a day off on Thursday but we’ll bring them all in so we can assess the damage and move on from there. Everyone is in.

On the FA Cup replay win, he added: “You have got to give all the credit to Peterborough. I am a traditionalist, I love this competition, it’s very special to me in lots of ways. It brings back memories of being a young boy in Wales.”