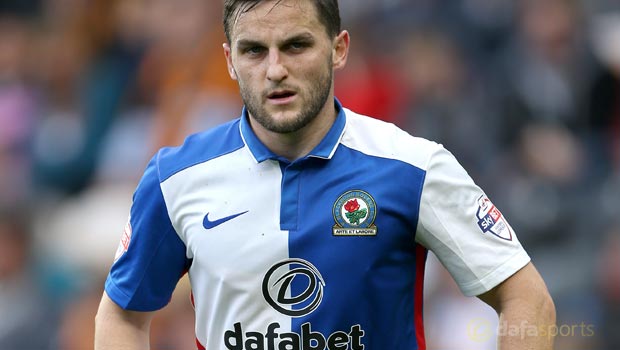 Blackburn Rovers winger Craig Conway has set his sights on maintaining his good form against MK Dons this weekend.

The 30-year-old has played an important role as in Rovers’ recent four-match unbeaten run which has helped them climb away from the Championship relegation zone.

Victory in Milton Keynes could see Rovers gaining more ground on the playoff contenders above them and Conway is relishing his role in the team.

He set up Jordan Rhodes for the clinching goal last time out in a 2-0 win over Ipswich Town at Ewood Park, his third assist of the season and 29th since August 2013 – stats that help mark him down as one of the most prolific players in the Championship.

“I feel as though I’m playing well,” Conway is quoted in the Lancashire Telegraph.

“My game at the end of the day is creating chances. I like doing that and that’s what I pride myself on.”

Conway says he has been forced to think about his crosses more this season, with Rudy Gestede departing for Aston Villa in the summer. He says there is now a greater premium on accuracy.

“You’ve got to try and pick somebody out more rather than putting it in an area because there are not many better than Rudy at attacking the ball – and he’s showed that by doing it in the Premiership,” he said.

He feels fellow Scot Rhodes is more than capable of leading the line this season.

“Jordan can score headed goals too, as he’s proven, but I do think now you’ve got to think about who you’re picking out and, in that respect, I’ve probably tried to add to my game,” he added.

Blackburn are 2.40 to make it three league wins in four games by beating MK Dons. Bowyer’s team are 21.00 to be promoted this season.