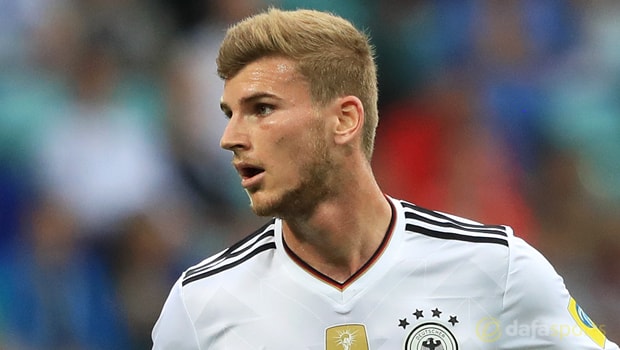 Timo Werner insists Germany will not be satisfied with anything less than Confederations Cup glory.

The 2014 World Champions booked their place in the semi-finals of the tournament by finishing top of Group B and they will now face Mexico for a place in the final on Thursday.

Boss Joachim Low chose to take an experimental squad to the tournament, which is being used as a prelude to next summer’s World Cup, but RB Leipzig forward Werner insists Die Mannschaft’s main priority remains to win the competition.

“Mexico are going to be a very difficult opponent, we have to give it our utmost but, of course, we’re not here to say, ‘well, it’s good enough if we get third place or make the final’; we want to win this tournament,” the 21-year-old said.

Werner netted his first two international goals during Germany’s group stage victory over Cameroon and he believes the tournament is proving a great experience for the squad, although he knows it cannot compare to the pressures of a World Cup.

“The Confederations Cup is a huge opportunity and experience for us young players. It’s the first time we get a glimpse of what it means to be at a big tournament,” he added.

“Of course, the World Cup is something else, but this is a huge experience and I haven’t heard anyone complaining about it.”

Germany have never reached the final of the Confederations Cup, but they are priced at 1.53 to buck that trend against Mexico, who are available at 2.50.