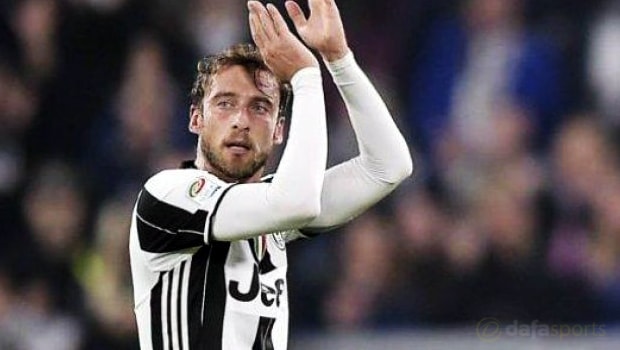 Claudio Marchisio is confident Juventus can make the most of home advantage when they take on Lyon on Wednesday.

The pair meet in Champions League with the Bianconeri eyeing a repeat of the 1-0 win they claimed in France a fortnight ago.

A victory on Wednesday looks crucial if Juve are to finish top of the pool, with Sevilla, who sit alongside them at the top of Group H on seven points, expected to win comfortably at home to Dinamo Zagreb.

Marchisio is currently working his way back from a long-term knee injury, appearing in the wins over both Sampdoria and Napoli, as Massimiliano Allegri’s men continued their dominance at the top of Serie A.

The Italian is again likely to feature on Wednesday, in what he admits could prove a crucial game for his side against Bruno Genesio’s exciting young team.

Marchisio believes home advantage could be the key though and has challenged his team to make the most of playing in front of their fans.

“It’s a very important match,” he told the club’s official website. “They’re a great side, as we saw a couple of weeks ago when they gave us a tough game.

We need to take advantage of the fact that we’re playing at home and that three points would see us into the knockout stages.

“The supporters, as always, are fundamental and we hope to see them in their numbers on Wednesday, cheering us on as we in turn look to give them plenty to shout about.”