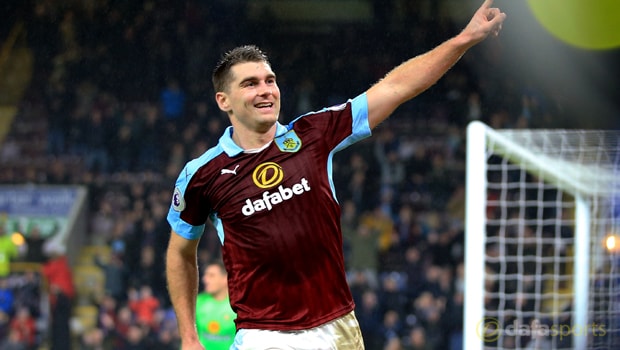 Sam Vokes and Steven Defour were delighted with their goalscoring roles as Burnley eased past Bristol City at Turf Moor in the FA Cup fourth round.

After a dull opening half, Welsh international Vokes put the home side ahead when he converted Defour’s pull-back in stoppage time just before the break.

Defour sealed the win when he chipped Fabian Giefer from the edge of the box for a sublime second goal midway through the second half.

Vokes still had time to hit the woodwork late on but on a day that saw Liverpool ousted by struggling Championship side Wolves at Anfield, the Burnley forward was just happy to be into the last-16. “We have seen some upsets elsewhere today,” he said.

“But we went about our job well and got the win. If we can keep the run going it’s something else to concentrate on and a cup run would be nice.

“I love the cup. I’ve never really had a run, so it’s one I’m looking forward to, hopefully. If we could get a run it would be great for the club all round.”

Defour’s goal was the icing on the cake for Sean Dyche’s men and the 28-year-old Belgian international admitted his finish was right up there with the best goals he has scored in his career to date.

“It felt pretty good. When I made the control I saw the goalkeeper a bit out of his goal so I thought ‘why not?’

“This is a pretty nice goal. I have scored some nice goals but this was really nicely done.”

Like Vokes, he is relishing the FA Cup run and says the competition will attract plenty attention in his homeland.

Defour isn’t concerned with who Burnley draw next – so long as they have home advantage.

“In Belgium everybody can watch the FA Cup so it’s an important cup. Everybody wants to play in it and win it. “I just like to play at Turf Moor.

I think at Turf Moor we can beat anybody,” he added. Burnley are 34.00 to win the FA Cup this season.