Posted by Fred McKinley on September 5, 2015 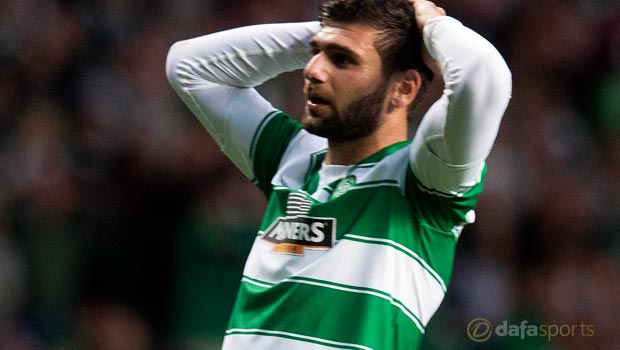 Former Celtic star Chris Sutton believes the club could live to regret not signing another striker following the close of the transfer window.

The Bhoys were linked with moves for both Sunderland‘s Steven Fletcher and Swansea’s Michu on deadline day but failed to add to their ranks before Tuesday’s deadline.

It means they only have Leigh Griffiths and Nadir Ciftci as recognised strikers, with Anthony Stokes another option, although he often prefers playing from the left.

With both domestic and European football on the agenda at Parkhead, their resources are likely to be stretched, especially as both Ciftci and Griffiths are still to prove themselves at the highest level.

The 42-year-old admits financial constraints make it difficult for Celtic to attract new players, but feels they should have done more to add to their attacking ranks.

“I’ve got a lot of sympathy for Celtic buying players in today’s climate,” he wrote in the Daily Record.

“But I still find it astonishing they didn’t do more to try and get in a striker earlier in the transfer window and in not signing a frontman they have taken a huge risk.

“I just wonder how the Hoops are going to score a goal as they go up a higher level in Europe.”

Celtic are currently the huge 1.02 favourites to claim the Scottish Premiership outright but their lack of both quality and numbers means they could struggle in Europe, an opinion reflected in the betting where they are 67.00 to win the Europa League.