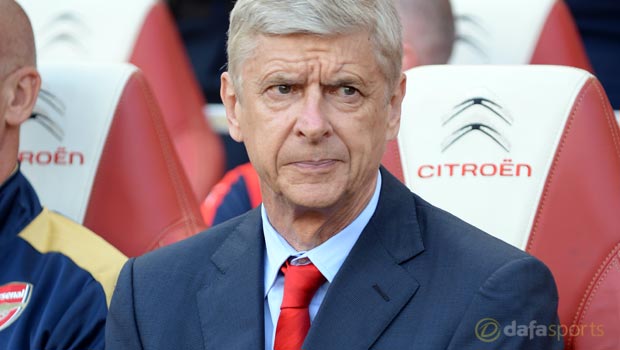 Chelsea boss Jose Mourinho has continued his ongoing war of words with Arsenal manager Arsene Wenger ahead of the new Premier League campaign.

The Blues romped to the Premier League title last season, with the Gunners managing to secure third place and also win the FA Cup.

There has been a fierce rivalry between the club’s two managers, with Mourinho last season calling his French counterpart a “specialist in failure”.

In what seems to be somewhat of a backhanded compliment, the Chelsea boss claims the Gunners are ready to challenge for the Premier League title this season, having spent big money on the likes of Mesut Ozil, Alexis Sanchez, Calum Chambers, Mathieu Debuchy and Petr Cech.

He said: “If you add up the amounts clubs have spent in the last three or four years I think maybe you will find a surprise.

“If you put Ozil plus Alexis Sanchez, plus Chambers, plus Debuchy, you will find a surprise.

“It’s a fantastic squad with good players, fantastic goalkeeper, they are more than ready to be a title contenders.

“Get a calculator. That is the easiest thing, it leaves no space for speculation. If you want to be honest, objective and pragmatic it is the easiest job for a manager to do.”

No doubt Wenger will be goaded in to making a response, as these two London clubs continue their rivalry into next season.
Chelsea will start their title challenge on August 8 when they host Swansea City at Stamford Bridge.