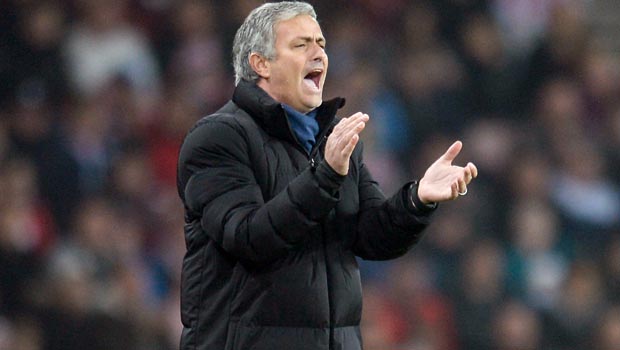 Chelsea manager Jose Mourinho has no complaints about Saturday’s result and claimed his players “tried everything” and took risks, despite the fact they were held to a 0-0 draw by Sunderland.

The result at The Stadium of Light marked the first time this season that the Blues had failed to find the net, although Mourinho refused to be downbeat about the result, instead insisting that the performance was still a fruitful one.

“I have nothing negative to say about my team,” said Mourinho. “It was a difficult match. Only one team wanted to win, the other wanted to stop us winning, but they did well.

“They defended a lot but they defended well. Defending a lot and well is not a crime, it’s part of the game, it’s strategy and they were successful in their approach,” Mourinho continued.

“My players tried everything, we took risks and ended the game with tired players, which gave them a bit of space and a few chances.”

Mourinho was also quick to praise the Black Cats’ defensive effort, admitting that they shut off the potent attacking threat of the likes of Eden Hazard and Diego Costa well.

“They defended very well and the lines were very good. We had a lot of the ball, we tried and didn’t change our football, we tried to play,”

the former Real Madrid boss said. “In the last part we brought on fresh players to try and have more depth in attack but the game was always difficult.”

The Blues host Tottenham Hotspur in their next Premier League encounter and are well fancied to earn a win in the London derby at a price of 1.38.