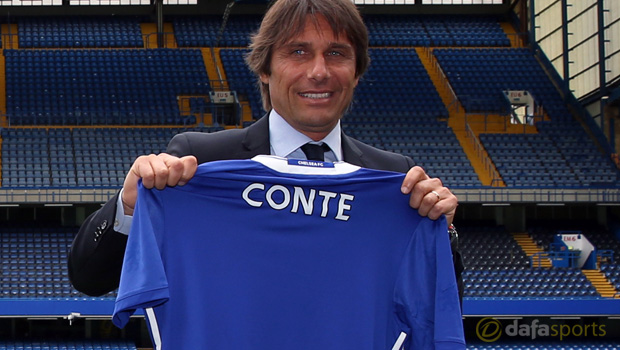 New Chelsea manager Antonio Conte insists some of his squad can become Ballon d’Or contenders if they work hard enough under his new regime.

The former Juventus coach got the best of the Italian national team at the European Championships despite a perceived weakness of the squad.

He guided his team into the quarter-finals in France before moving to London to coach in the Premier League.

The Blues, priced at 7.00 to win the league title, lost their first pre-season friendly to Rapid Vienna on Saturday but Conte was still positive after the 2-0 defeat.

Speaking after the game, the 46-year-old insists the likes of Eden Hazard can move on to the next level if they work hard enough.
He told reporters: “Follow me, and I can take you to Lionel Messi’s level.

“I think Chelsea have players who can become top, top, top players. I think that these players can still improve a lot with work.

“We have players, fantastic players, who have great talent but in this moment the world doesn’t think they are the same level as Messi, Luis Suarez, Neymar, Cristiano Ronaldo or Paul Pogba.

“But I think that in our squad there are players who, with work, can improve a lot and reach this level.

I’m sure about this. It’s important the players understand this.