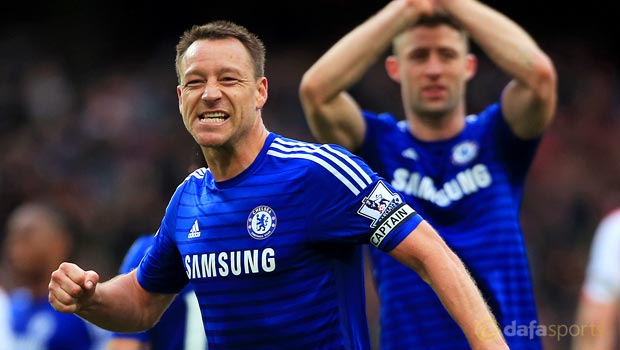 Chelsea have dominated the Professional Footballers’ Association Premier League Team of the Year with six of their players named in the XI.

The Blues have set the pace for the entire season and did not suffer defeat in the Premier League until December 6 when they were beaten 2-1 at Newcastle.

The west Londoners have seen defenders Branislav Ivanovic, John Terry and Gary Cahill included in the PFA Premier League Team of the Year’s back four, with the other member being Southampton full-back Ryan Bertrand, who came through the youth ranks at Stamford Bridge before joining Saints.

In midfield, Chelsea duo Nemanja Matic and Eden Hazard are included in the side by their fellow professionals, with the other players being Liverpool’s Philippe Coutinho and Alexis Sanchez of Arsenal.

Up front, Diego Costa was selected alongside the man who has arguably been the breakthrough player of the 2014-15 season in the shape of Tottenham striker, Harry Kane.

However, there was no place for Chelsea goalkeeper Thibaut Courtois in the PFA XI on his return to England following a three-year loan spell in Spain at Atletico Madrid, with Manchester United goalkeeper David de Gea getting the nod between the posts.

Chelsea drew 0-0 at Arsenal on Sunday afternoon and return to league action in midweek at Leicester.