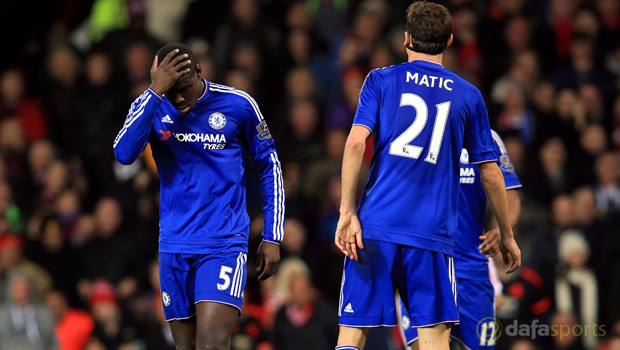 Chelsea defender Kurt Zouma has been ruled out of action for around six months with a knee injury, which means he will miss out on a place in hosts France’s Euro 2016 squad.

Zouma was forced to leave the field on a stretcher in Sunday’s 1-1 draw with Manchester United at Stamford Bridge.

The central defender landed awkwardly in the early stages of the second half and there was immediate concern from his team-mates and the medical team.

The 21-year-old was quickly rushed to hospital and, after undergoing scans, it was revealed on Monday that he had injured his anterior cruciate ligament.

Guus Hiddink has preferred Zouma to Gary Cahill since he took over from Jose Mourinho, but now he will have to reinstate England international to his back four.

Chelsea have confirmed that the former Saint-Etienne man will face a lengthy spell on the sidelines after undergoing surgery.

A statement on the club’s official website read: “Kurt will undergo surgery in the next 48 hours and is expected to be out for approximately six months.”

Zouma was expected to be part of the France squad competing to win Euro 2016 in his homeland, but he will now have to settle for watching on as he continues his recovery.

The defender has vowed to come back stronger when he returns to the field again, which is likely to be next season.

Zouma Tweeted: “Scan today (Monday) has shown I injured my ACL. I will have surgery this week & will come back stronger. Thank you everyone for all the messages.”

France can be backed at 1.36 to win their opening Group A match this summer against Romania, who are priced at 7.00 to cause an upset, while the draw is available at 4.33.