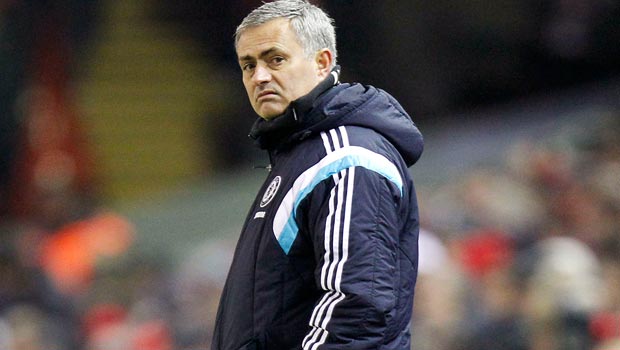 Chelsea boss Jose Mourinho has refused to gloss over his side’s humiliating FA Cup defeat to League One side Bradford City at Stamford Bridge.

The Blues were humbled 4-2 in front of their own fans after throwing away a two-goal lead after goals from Gary Cahill and Ramires inside the first 38 minutes.

But the Bantams hit back before the half-time break and then ended Chelsea’s bid to win the quadruple with three unanswered goals in the final 15 minutes in west London.

The Blues boss has denied suggestions he was not bothered by FA Cup glory this season but must now prepare his players for the second leg of the Capital One Cup semi-final clash with Liverpool on Tuesday night, with the tie delicately poised at 1-1 from the first leg at Anfield.

He said: “Obviously the Premier League is in front of the cups, but the way we prepare things – in a serious way, in a professional way – I can’t say we don’t care about the FA Cup. ‘Ah, we lost, I don’t care’ – I cannot say that.

“We lost and we care. I cannot say more than that. Does this affect the next match? I don’t know.

“But it’s our team and we lost at home against a lower division team.”