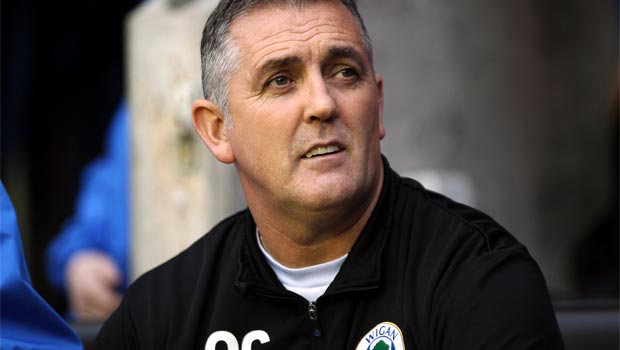 Wigan Athletic have confirmed they have parted company with manager Owen Coyle after less than six months in charge of the FA Cup holders.

The former Bolton and Burnley boss was in charge at the DW Stadium for 23 games but that came to an end following Sunday’s 3-1 defeat to Derby County. That defeat was their third home loss in nine days and chairman Dave Whelan thought the club needed to act quickly.

Whelan and Coyle met after the Derby defeat and Coyle insists he wishes the club all the best in the future.

He said: “It is with great sadness that we have made this decision and I would like to thank all my football staff and the staff at the club, who have been very supportive of me in my time here.

“I am confident that with this set of players, the team can keep moving in the right direction.”

Whelan has also revealed that first-team coach Graham Barrow and assistant manager Sandy Stewart will be in charge for the Latics’ trip to Elland Road on Wednesday when they take on Leeds United.

Wigan were unbeaten in their first ten home games under Coyle but the toil of the Europa League action has effected their domestic form.

Former Crystal Palace boss Ian Holloway has emerged as an early favourite to replace Coyle, after leaving the Premier League side earlier this season.