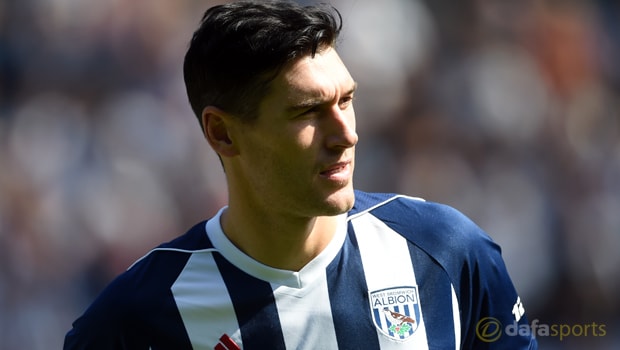 West Brom boss Tony Pulis has not worked long with Gareth Barry but he says the veteran midfielder has been a privilege to watch.

Barry is closing in on the record number of Premier League appearance and his most recent boss insists he is deserving after an outstanding career.

If Barry is selected to play for the Baggies against West Ham this weekend he will match Ryan Giggs’ tally of 632 Premier League outings.

He has played every minute of West Brom’s league campaign following his summer move from Everton.

Having made his senior debut for Villa in 1997, Pulis has hailed the outstanding longevity of the midfielder. “It’s a wonderful achievement,” Pulis said.

“We’ve only just had him and I’ve always rated him as a player but I don’t think you realise how good he is until you actually work with him.”

West Brom are 2.38 to defeat West Ham at the Hawthorns, with Barry 7.00 to mark his record-equalling appearance by scoring.

Pulis says he has already made a significant impression on the Baggies squad, though he admits others are better placed to assess Barry’s career.

“Managers who have had him for longer periods will be better placed to talk about Gareth than me but he’s been absolutely fantastic for us,” he added.

“He’s a great lad off the pitch, he’s mixed in really well with the lads and he’s been our best player in all of the games we’ve played this season.

“We’re pleased to have him and it’s a privilege to work with him.”