No pressure for Oliver Burke 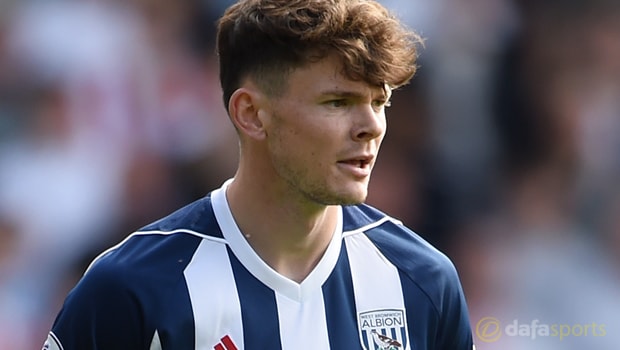 Oliver Burke insists he does not feel any extra pressure to perform at West Brom following his recent move to the club.

The Scottish winger arrived at the Hawthorns last month and made his debut off the bench in the 1-1 draw with Stoke.

Having been away with his country’s Under-21s, he will be hoping to make his first start for the club in Saturday’s trip to Brighton.

Burke made headlines last summer by moving to Germany to join RB Leipzig from Nottingham Forest but struggled to establish himself at the Red Bull Arena and is now starting afresh.

With almost £30m already being spent on him during his young career, the 20-year-old could be forgiven for feeling the pressure to justify the hype.

Burke insists that is not the case and says he is only thinking about ensuring he knuckles down and enjoys his football.

He told the club’s official website: “I don’t feel any pressure. I’m still a young kid playing football and enjoying himself.

“That’s the main goal for me, to keep putting in the shifts and playing well. I hope I continue my success.

“To be back in England and in the Premier League – the best league in the world I think – is a real honour.

To do it at a great club like West Bromwich Albion is amazing.”