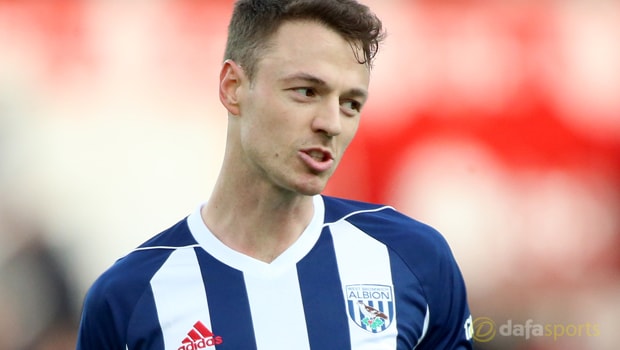 The Northern Ireland international was heavily linked with a move away from the Hawthorns during the January transfer window, with the likes of Manchester City and Arsenal credited with an interest in his services.

The Gunners reportedly had a deadline-day bid turned down for Evans, which means the 30-year-old will now remain a Baggies player until at least the end of the season.

Evans’ current contract with Albion is due to expire in 18 months and Pardew now wants his captain to be offered new terms to avoid a repeat of the constant transfer speculation.

“I told him what happened, he understood that, and now in my view we need to sit Jonny down and see if we can get a contract that works for him going forward,” Pardew said.

“If not, in the summer again we’re going to have this situation. That’s something I will speak to the board about in the next couple of weeks.”

Evans featured three times for West Brom during January and Pardew has praised the attitude of the former Manchester United player, who could have potentially downed tools to try and force through a move away from the club.

“I respect his position 100 per cent and I’ve tried to be honest and fair with him from the day I walked in and I will be until the day I walk out,” Pardew added.

“His conduct around the training ground is spot on.” West Brom will be hoping Evans can now play a major role in the club’s survival bid between now and the end of the season as Albion are currently bottom of the table and priced at 2.00 to be relegated.