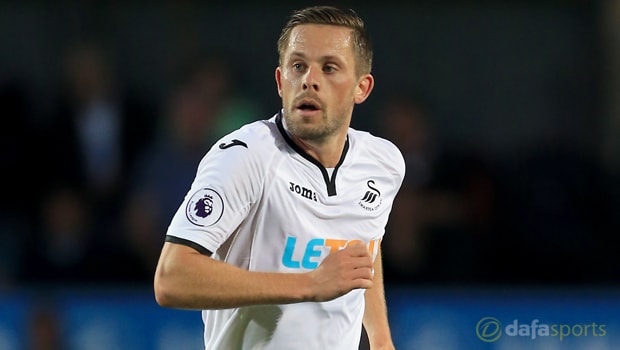 The Iceland international is expected to the leave the Liberty Stadium this month as he continues to look for a new challenge.

Sigurdsson was in sublime form last season as he helped the Swans avoid relegation to the Championship but Clement faces a battle to keep hold of him.

Everton have already had two £40million bids rejected by the Welsh outfit and Swansea are holding out for £50million.

Sigurdsson was left out of Saturday’s friendly against Sampdoria and Clement admits he wants the situation sorting in the coming days.

He told Sky Sports News: “No change since we last spoke.

All parties would like it resolved. But my focus is on the players I’m working with and getting ready for the season.

“And it’s best for everyone that he doesn’t play in these [pre-season] games.

But he’s training every day with the squad and if the situation changes he is going to be ready for us.”

Clement has also played down speculation that the club will try to resign Wilfried Bony this summer.

He added: “I’ve seen that name linked but until we get the current situation organised, then nothing’s going to happen.

“So there’s no point discussing the speculation about him or any other players we’ve been linked with.”

Clement will be hoping Sigurdsson will stay and play in the club’s first game of the season against Southampton.