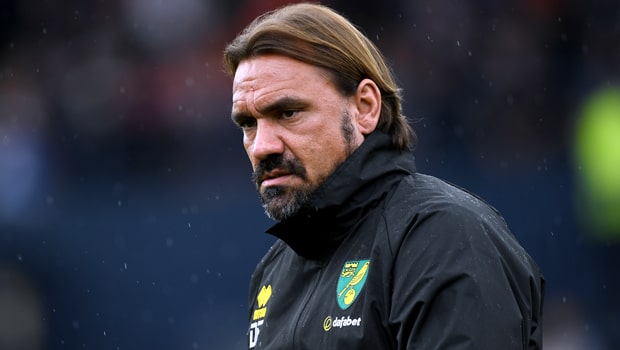 The pair missed out as the newly promoted Premier League side earned a 5-1 victory over Championship outfit Luton on Saturday. Summer signing Josip Drmic was the star of the show as he fired a first half hat-trick in the space of 29 minutes, while Patrick Roberts and Marco Stiepermann also chipped in.

Farke was full of praise for the overall performance but also had plenty of positive words to say about the Swiss hitman. “I can’t deny it. That was impressive. A really, really good performance,” Farke said. “I made it clear from the first second we needed to be concentrated and professional. We did that for the 90 minutes.

“Josip was brilliant and so were the other guys – Patrick Roberts, Todd Cantwell, even the subs. They looked pretty sharp but Josip with three goals was probably the man of the match.” Turning to the absentees, Farke believes Pukki and Buendia, who are likely to be heavily involved throughout 2019-20, will be back in action for the final two home pre-season games.

He added: “Teemu was back in team training on Friday but we didn’t want to take any risks with his toe and get another hit. “I am pretty sure he will be available for the last two tests. Emi got a hit very early in the open training against his foot.

“It was much better this morning but, again, no risks taken and I am sure they will feature in the final two pre-season games. “Teemu is in good shape. He looked sharp against Schalke 04. Emi has been out with a few little injuries and he needs some more game time but with no setbacks he can have these minutes.”

Norwich are priced at 17.00 to pick up a surprise victory when they kick off the Premier League campaign against Liverpool, who can be backed at 1.17 to win, on August 9, while the draw is available at 7.00.