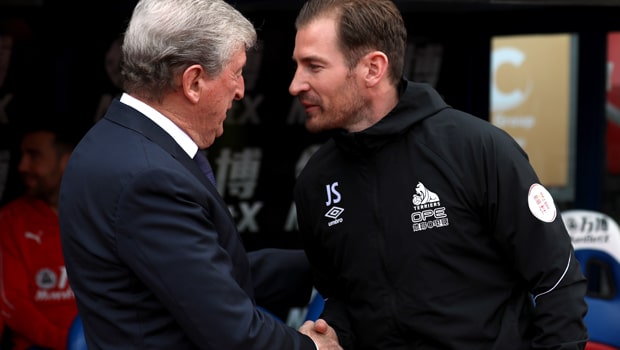 Huddersfield had relegation to the Championship confirmed on Saturday after losing to Crystal Palace but Jan Siewert is keen to continue developing his squad.

The Terriers defied the odds to survive in the Premier League last season but have been unable to repeat that feat in 2018-19.

They claimed an unwanted record on Saturday by becoming just the second side in Premier League history to be relegated with six games remaining.

After a 10 game winless run, losing nine during that streak, they parted company with David Wagner in January and Siewert has been putting plans in place for next term.

Siewert admits the squad was extremely low on confidence when he arrived in West Yorkshire but thinks he can continue to develop them for life back in the second tier.

“When I walked in I realised they were very low on confidence. They can definitely develop,” Siewert said. The 36-year-old was unable to hide his disappointment after falling to a 2-0 defeat at the hands of Crystal Palace but has challenged his men to learn from their failures.

“It’s a big disappointment, for everyone at the club, the players, the dressing room, for me.

“In life, there’s not just successes, there’s also failures. We have to learn from our failures.”

Huddersfield can be backed at 4.50 to return to winning ways when they host Leicester, who are priced at 1.80 to win on Saturday, while the draw is available at 3.75.