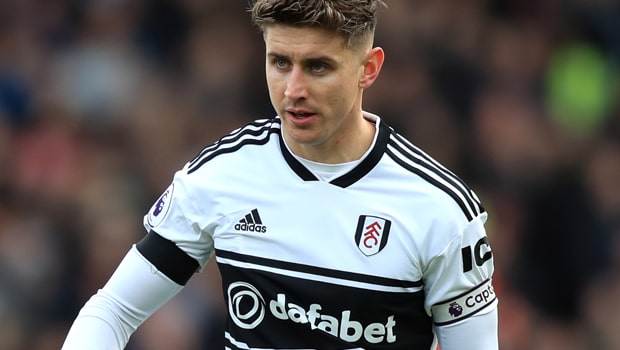 Captain Tom Cairney still believes Fulham can survive in the Premier League although he acknowledges it is difficult to see where their next win will come from.

The Cottagers only earned promotion back to the top flight last season but it appears their time in the division could be swift as Friday night’s defeat at West Ham leaves them 19th in the standings, eight points adrift of safety.

Claudio Ranieri’s side have lost six of their seven league matches since the turn of the year, the only exception being last month’s 4-2 win over Brighton at Craven Cottage.

Skipper Cairney acknowledges the Cottagers are in a perilous position but has not given up hope of them retaining their Premier League status.

The Scotland international told the club’s website: “There is still belief, it gets harder week by week, its tough, I’m not going to lie, on the training pitch it’s hard not knowing where the next win is coming from, but we worked hard to get here so we knew it wasn’t going to be easy.”

Fulham face a potentially season-defining match against fellow strugglers Southampton at St Mary’s Stadium on Wednesday and Cairney has called on his team-mates to stand up and be counted.

“Each man has to [take responsibility], we’ve got to just take the game by the scruff of the neck in our own way,” the 28-year-old added.

The Cottagers are priced at 4.00 to win Wednesday’s match, Southampton are available at 1.91 and the draw is on offer at 3.60.