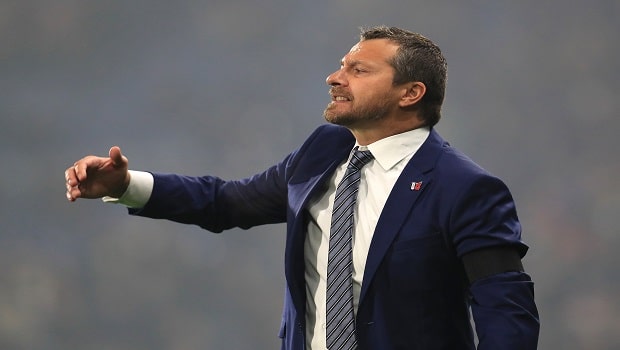 Fulham manager Slavisa Jokanovic admits his future in charge of the club hangs in the balance following Monday’s defeat at Huddersfield.

The Cottagers have been left sitting rock bottom of the Premier League after Huddersfield claimed their first win of the campaign.

Fulham, who spent over £100million on reinforcements during the summer, have only tasted victory on one occasion and boast just five points. Timothy Fosu-Mensah’s first-half own goal was enough to decide a drab affair at the John Smith’s Stadium and it leave Jokanovic facing an uncertain future.

The Serbian saw his side start last season poorly – although not quite as bad as this term – before galvanising his troops to charge up the table and into the Championship play-offs.

Jokanovic believes he is the right man to solve their current issues but admits the board will ultimately make the final call on his future.

“Part of the job is in the hands of my players, part is in the board’s hands, too,” Jokanovic said.

“I personally trust in myself. I will push hard. The solution can be from another side, the board can have some different views. This is part of the board’s responsibilities.

People know how I am working and my mentality, but it is not only in my hands.”

Fulham are priced at 26.00 to win when they return to action on Monday against Liverpool, who are 1.10 to come out on top at Anfield, while the draw is available at 10.00.