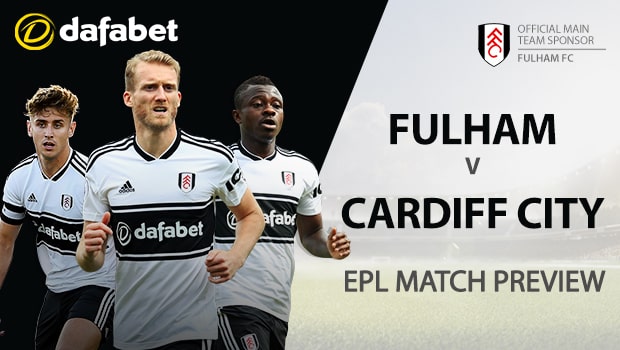 Cardiff City and Fulham go head-to-head this weekend at the Welsh capital as Cardiff look to turn things around after a disappointing past month.

Fulham, too, are struggling of late and find themselves just two points from the bottom three.
Let’s take a closer look at where the value’s at in this match.

Betting on the Draw: Odds — at 3.47 — indicate there’s a 29 percent chance the match ends in a draw. There’s a draw in 24,5 percent of AccuScore sims, suggesting no added value on the draw.

Betting on the Total: Odds — at 1.86 — indicate there’s a 53.7 percent chance the total combined score goes over 2.5 goals; it does so in 64.5 percent of AccuScore sims. The average combined score after 10,000 simulations is 3.35 goals. The over is a four-star (out of four) AccuScore hot trend pick.

Off the Pitch: This past week it was announced that Fulham’s Ryan Sessegnon is one of ten athletes nominated for the BBC’s Young Sports Personality of the Year.
Sessegnon has a 25 percent chance to net the ball this weekend, averaging 1.13 shots overall per sim, 0.48 shots on goal per and 0.29 goals per sim.

Head-to-Head: The last two meetings between the two sides have finished in a 1-1 and 2-2 draw, respectively. They last met in September of 2017 that finished in a 1-1 draw behind goals from Sessegnon and Danny Ward, both in the final 15 mins of regulation.

Odds — at 2.97 — indicate there’s a 33 percent chance Fulham has to win this game. They win close to 46 percent of AccuScore sims, though, suggesting quite a bit of added side value on the pick. This is a four-star (out of four) AccuScore hot trend pick.