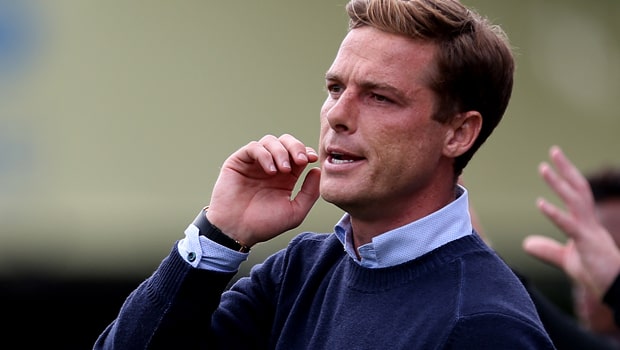 Scott Parker is “fully aware” of the expectations Fulham will carry into the new Championship season and insists he’s comfortable with them.

The Craven Cottage side dropped tamely from the Premier League last term, failing to muster a challenge back among English football’s elite. Parker became the third man in the dugout back in the spring after both Slavisa Jokanovic and Claudio Ranieri were dismissed.

The ex-Whites midfielder steadied the ship, notably tightening up Fulham’s leaky defence, and despite being unable to launch a survival bid with their improved form, Parker was handed the reins full time. Embarking on a daunting 46-game Championship season isn’t lost on Parker although he feels his squad is now ready for what lies ahead.

“I’m fully aware of the expectations and I’m happy with that. We’re expecting some good things,” said Parker. “We all realise how difficult this league is. It’s a long, hard slog and we have to produce in some big games, at big times, but I like to think we’ll be up for the challenge ahead.

“We’re going into the season fully prepared and ready to give it a real good go.” New recruit Anthony Knockaert made his Fulham debut in a 1-1 draw with Oxford United this week and Parker was pleased with what the ex-Brighton man showed as he curled in a 25-yard free-kick for his side’s goal.

Knockaert has Championship pedigree, having been named Player of the Year during his time with the Seagulls, and his capture was an important one. “He was very good. He was a threat in one-on-one situations,” said Parker.

“Obviously we signed him knowing his quality, so it’s a massive plus for us and I have no doubt he’ll help us immensely. “We felt we needed to add a little bit in the wide areas and fair play to the club and the owners, we’ve done that.”

Fulham are second favourites to win the Championship at 7.50, while the Londoners are 3.10 to earn promotion.