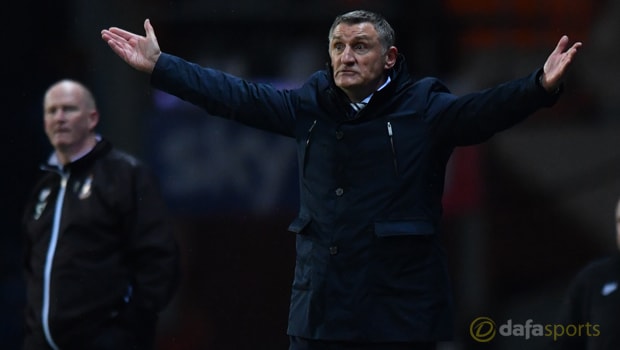 Blackburn coach Tony Mowbray was quick to praise his side after their display in the 2-0 win over Bradford City on Thursday night.

Mowbray’s men returned to the top of League One for the time being thanks to goals from Bradley Dack and Craig Conway in the second half.

Blackburn now sit one point in front of Shrewsbury Town, but both the Shrews and Wigan Athletic could jump back ahead of Rovers on Friday.

Rovers extended their unbeaten streak to eight matches and Mowbray was delighted with the display.

He told the club’s official website: “I thought we started really well. I looked at the clock and with 25 minutes gone I think we’d had half a dozen shots but it didn’t go in for us.

“We spoke at half-time about making sure it wouldn’t be one of those games where you dominate but find yourselves 1-0 down, so it was about concentration.

“Ultimately, it was a big game and we’ve got the three points. We’ve spoken about ticking games off as we go; we’ll rest tomorrow and then go to MK Dons to do it all again.

“At this stage of the season, it can get a bit tense in terms of the performance because of the pressure, but we just have to keep going.

“You have to give massive credit to Wigan and Shrewsbury for doing that to us when we’ve been inactive, but now we’ve played first and managed to win.