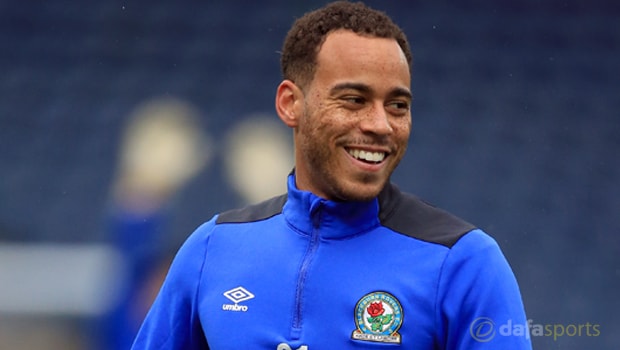 Elliott Bennett says he and his Blackburn teammates owe the club’s fan a strong finish to the season.

The Ewood Park outfit have got 14 games in which to secure automatic promotion from League One at the first attempt.

Blackburn have recovered from a slow start to the season and will go into Monday’s home clash with Bury knowing three points would send them top of the table for the first time this term after leaders Shrewsbury lost at home to Rotherham on Saturday.

Ahead of facing his former club, Bennett has insisted the players are lucky to be in the position they are, and he wants to give something positive to those on the terraces every week.

“We’re just playing football. We’re paid to do a job, every footballer loves the game and trains every day.

There’s pressure because you want to win, not real life pressures that other people in other jobs are dealing with,” the 29-year-old said.

“It was unbelievable to take almost 900 fans on a horrible night down to Portsmouth. It was fantastic and they’ve been brilliant for us all season, to be honest.”

Rovers had to come from two down at home to Oldham in their previous game at Ewood Park just to salvage a point and Bennett says the fans have remained at their backs, even when games aren’t going well.

“Sometimes, when things haven’t gone well, the away end and at home have really got us through. The fans against Oldham at home last time out really pushed us through to get the two second half goals,” he added.

“They support their club. We have the privilege of putting on the shirt. We’re representing them and if you aren’t putting in the hard work and putting in 100 per-cent then they have every right to let you know.”

Blackburn are 1.53 to defeat Bury on Monday evening. The visitors are 4.00, while the draw is 6.00 for the vital Ewood Park tussle.