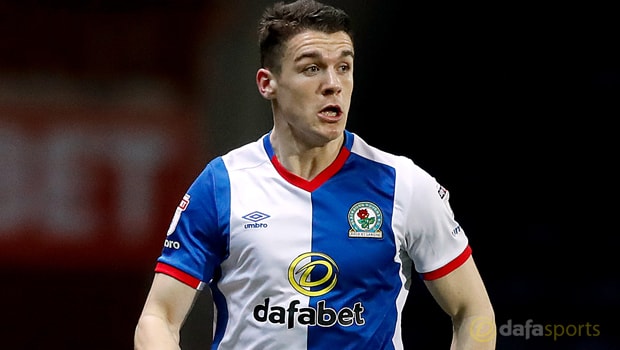 Tony Mowbray is delighted to have central defender Darragh Lenihan back in action as his Blackburn Rovers side enter the crucial home straight in the League One promotion race.

The Ewood Park side have recovered from a slow start to their campaign and climbed up the table, with just one league defeat since mid-October.

They are on the coattails of Shrewsbury and Wigan at the top, with the three seemingly geared up to scrap it out for just two automatic promotion places in the months ahead.

Lenihan missed six months with a foot problem but was on the Rovers bench for their midweek trip to Portsmouth.

Mowbray was forced to pitch the Irishman into action early in the second half and he was impressed with how quickly Lenihan settled in as Blackburn battled to a 2-1 win at Fratton Park.

“They threw their 6’5″ centre forward on and were hitting a lot of long balls, but I thought Lenihan was magnificent in those moments,” the Rovers boss said.

“The power and the timing of his heading, if anything we’ve missed that at times and we’ve lost a few goals.”

Conor Chaplin had levelled for Pompey early in the second half but Adam Armstrong’s second goal of the game three minutes from the end won it for Blackburn.

Lewis Travis was then sent off in stoppage time and Mowbray was impressed with how his side repelled Portsmouth’s late attempts to snatch a draw – with Lenihan to the fore.

He said: “To just head the ball out of the box or just head a goal kick back over the halfway line is really important in football.

It might seem a small thing – just to head the ball back where it came from – but it’s really important and Darragh does that very well for us.”

Blackburn are 1.53 to defat Bury on Monday night at Ewood Park, while Rovers are 1.25 to be promoted this season.