Posted by Robert Morris on September 7, 2017 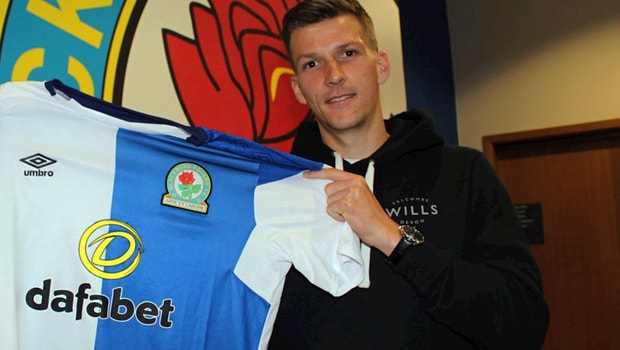 Downing joined the club on a season-long loan deal from fellow League One side MK Dons and could be thrown straight into action.

Charlie Mulgrew is a doubt after sustaining an ankle injury on international duty with Scotland and with fellow defender Darragh Lenihan sidelined for the foreseeable future Downing could be in line for a debut at Dale.

The 25-year-old has played for MK Dons this season, starting three cup games, and insists he is ready to start if selected.

“I’m ready,” he told the club’s official website. “I think I had had a good pre-season.

“Although I’ve not played in the league yet I’ve played two games in the cup and another one in the Checkatrade.

“So I’m up to speed and feel fit and strong, so if needed I’ll be ready to give my best. The earlier you get the opportunity you want to show what you can do.

“We have a couple of difficult away games coming up, but if I’m selected I will be ready to go.

“The first couple of days in training, the quality of some of the players and the experience we’ve got, hopefully if we can perform on a matchday and a weekend then it’s going to be difficult for teams to stop us.

“Obviously we’re a big club and we’re a scalp for everyone in League One, so we’ve got to make sure we compete first and foremost, and if we do that then our quality will shine through.”