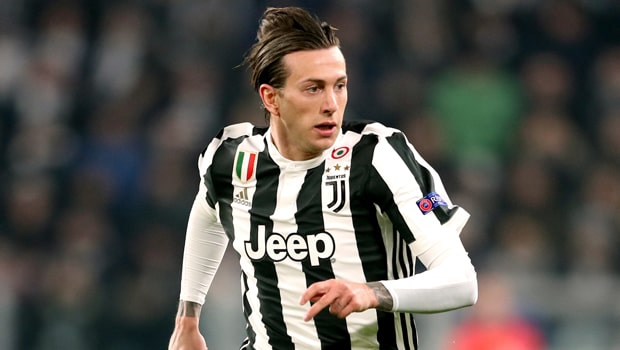 Juventus winger Federico Bernardeschi believes his side are capable of claiming Champions League glory this season.

The Old Lady have not won European club football’s top prize since 1996, but they have had a number of near misses over recent years, reaching the final in both 2015 and 2017.

Cristiano Ronaldo has been the mastermind behind Juve’s exits in the last two seasons, scoring a brace in the 2017 final for Real Madrid, while his controversial late penalty for the same opposition eliminated Massimiliano Allegri’s side at the quarter-final stage last term.

Ronaldo has, of course, since joined Juve and the Champions League’s all-time leading goalscorer is one of a number of high-profile arrivals at the Allianz Stadium over recent years.

Bernardeschi himself joined from Fiorentina in 2017 and he certainly has a lot of belief in the current Juventus squad and he is confident they can mount a serious challenge for Champions League glory this term.

“I feel this year we have a strong, complete squad with great players,” the 24-year-old told Sky Sport Italy.

“We are perhaps the favourite to win the Champions League, even if it will not be easy because it remains a very special competition and things can change at any moment.

“It will be a great challenge. We feel strong enough to do the best we can, but obviously we have to prove it on the field.”

If Juventus are to taste European glory they will seemingly have to do it the hard way, as they have been drawn in Group H for this year’s competition alongside Manchester United, Valencia and Young Boys.

The Old Lady are priced at 1.50 to finish top of that group, while they are available at 7.50 to be crowned European champions come the end of the season.