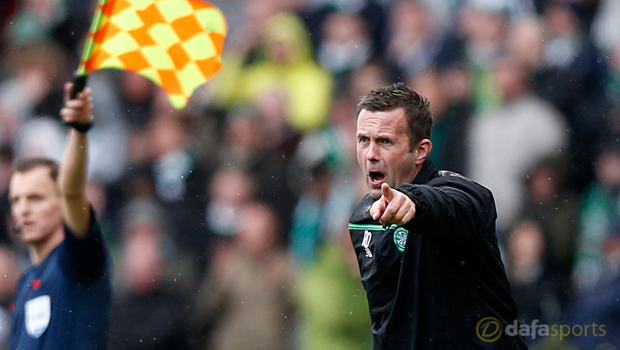 Celtic boss Ronny Deila was tight-lipped about his future following Sunday’s penalty shootout defeat to Old Firm rivals Rangers in the semi-finals of the Scottish Cup.

The Bhoys went into the match as favourites against their Glasgow rivals, but they had to twice come from behind to take the game to penalties after a 2-2 draw at Hampden Park.

Midfielder Tom Rogic missed the crucial spot-kick and after the game the spotlight was immediately turned back on Deila, who has endured an underwhelming campaign at Parkhead this season.

The Hoops look set to win their fifth straight Scottish Premiership title, but they have now been defeated in the semi-finals of both domestic cup competitions, while they also put on a poor showing in Europe this season.

Despite the pressure appearing to grow, Deila remains tight-lipped over his future, although he understands the latest defeat will bring added pressure during the remaining weeks of the campaign.

He told reporters: “After this game it is hard to talk about those things. There is a lot of emotions going on, but with bad results you of course get the questions. You know you are going to get that pressure all the time when you don’t get the results you wanted.”

The Norwegian is determined to make sure the Celts secure league glory, as they currently sit eight points clear of Aberdeen in the standings, with just five matches of the campaign left to play.

He added: “I know why the question is coming, now we have to lift ourselves after that disappointment and get the league over the line.”

Celtic are next in action when they take on Ross County at Celtic Park on Sunday and they are available at 1.15 to return to winning ways in the match, while the Staggies are on offer at 17.00 and the draw is priced at 7.00.