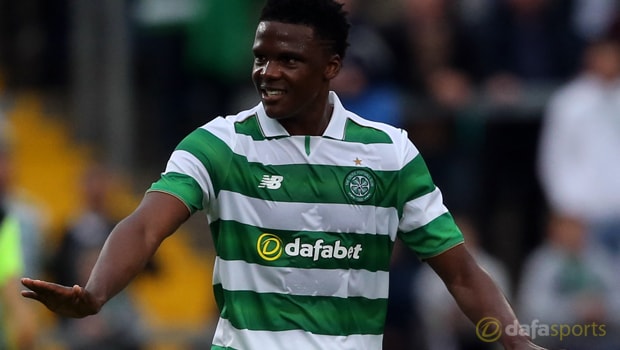 Celtic boss Brendan Rodgers hailed the performance of Dedryck Boyata after his side’s 3-0 victory over Albion Rovers in the Scottish Cup on Sunday.

The Belgium international appeared to be surplus to requirements at Parkhead after making just one first-team appearance prior to Sunday’s clash at Airdirie’s Excelsior Stadium.

The 26-year-old was restored to the starting line-up against the Scottish League One side and his display caught the eye of Rodgers, who believes the defender could still have a big future with the Bhoys. “I thought Dedryck Boyata looked real quality today,” said Rodgers.

“He looked like the player I knew as a really young player at Manchester City. I’ve seen him play against Didier Drogba and he was fantastic, strong, aggressive, quick, and kept it simple.”

Rodgers insists the only reason Boyata has not featured more regularly this season is due to the form of the likes of Erik Sviatchenko and Jozo Simunovic, but the former Liverpool boss admits the centre-back has now earned the right to stay in the side.

He told reporters: “He hasn’t had a chance to play because of the others who’ve been playing but in the last few weeks in training he has been great and he was really focused – no mistakes, really simple, get on the front foot, win your headers and you can be a player.

“He was very focused and knew this might be his moment. He has the shirt, he played well, now stay in the team.”

Boyata will be hoping to retain his starting birth in Celtic’s next match, a Scottish Premiership clash with St Johnstone on home soil on Wednesday.