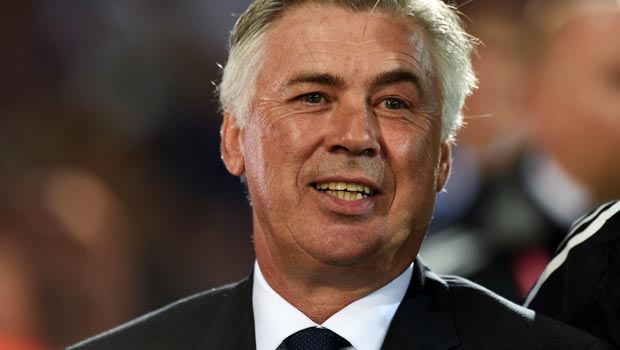 Real Madrid boss Carlo Ancelotti will not be resting any of his stars for the trip to Valencia despite an impending Copa del Rey clash with neighbours Atletico Madrid on Wednesday.

Ancelotti says each game and each competition is of equal importance for the La Liga leaders and reigning European champions.

“We don’t have priorities either in the league or in the cup. First it’s (Valencia) and we will play with the best team possible. Those in good condition are going to play and we won’t risk anybody,” he said.

Valencia, currently 5th, are 5.85 to inflict just a third league defeat of the season on Real Madrid. The league leaders are 1.52 to continue their winning run with the draw 4.51.

With Real seeking to start 2015 by making it 23 competitive wins on the trot, Ancelotti knows the importance of their clash the Mestalla.

“It’s a very important game because we would like to continue with the run we’re having and continue at the top of the table,” the Italian added.

Real have a busy schedule ahead following the winter break with possibly as many ten games in 32 days looming.

Ancelotti’s team are 12.00 with Dafabet to win La Liga, the Champions League and Copa del Rey this season and he says he will his entire squad for this vital period.

“I think rotations are essential, because by doing that we avoid injuries and we will have a more motivated squad.”

“I can’t think that the same players are going to play throughout this stretch of the season. Everyone will play,” Ancelotti added.