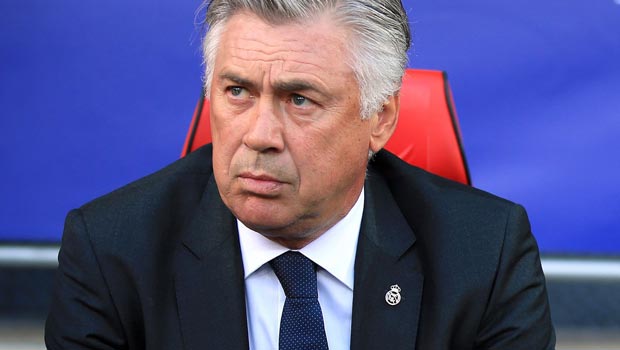 Carlo Ancelotti slammed his Real Madrid team in the wake of their defeat at Athletic Bilbao and insisted they had “played too much as individuals”.

Madrid fell to a solitary first-half goal from Aritz Aduriz at San Mames and in truth the La Liga leaders rarely looked like restoring parity.

The closest Madrid came was when Gareth Bale attempted an audacious 40-yard effort that came back off the woodwork.

It would have been a moment of individual brilliance from the Welshman but, according to Ancelotti, that is Real’s main problem right now.

“We played too much as individuals, looking to resolve things alone, when you need to play more quickly, and with less touches,” the Italian declared.

“What we are doing is confusing. We play slowly and without moving the ball well, so the forwards do not have spaces.”

The defeat means that Real have relinquished control of the title race with second-placed Barcelona two points behind with a game in hand.

Real Madrid will travel to the Camp Nou in two weeks time with Barcelona likely to be top of the pile by that point.

Ancelotti took responsibility for his side’s recent poor results and dismissed any suggestion he has lost control of the club, while also saying he would turn things around.

“My responsibility is big,” he said. “This is my team, despite what people say. The team is playing badly, and La Liga has got difficult, but this is not over. We will try and fix this quickly.”

Real are back in Champions League action in midweek when they host Schalke in their Last 16 second leg. Ancelotti’s team are 3.70 to hold onto their European crown this season.