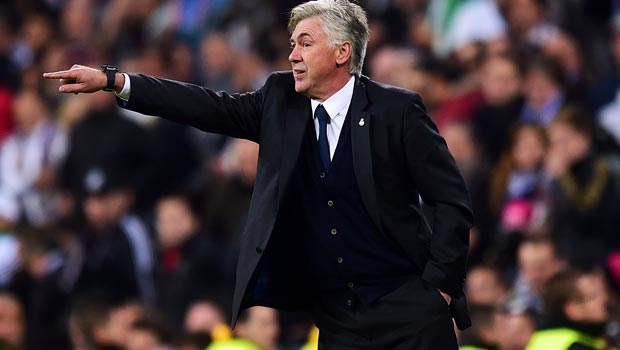 Real Madrid manager Carlo Ancelotti says he has a good working relationship with his players and denies any accusation he is “too soft” on the Bernabeu stars.

Madrid were knocked off top spot in La Liga last weekend following defeat to Athletic Bilbao while they suffered a humiliating 4-3 loss to Schalke in the Champions League on Tuesday.

Despite progressing 5-4 on aggregate, defeat to the Bundesliga side resulted in much debate over Ancelotti’s future in Spain.

Real president Florentino Perez has insisted the Italian will remain in his post regardless of what materialises this season and Ancelotti has now defended his relationship with Madrid’s star-studded squad.

“The relationship with the players is what’s most important, it matters a lot more than the one with the president,” Ancelotti said. “If there is no good feeling with the guys, you are a dead man.”

According to Ancelotti, he enjoys a strong rapport with his players but they know when it is time to get serious.

“Someone calls it friendship; I simply call it respect, although I like to laugh and joke with them,” he added.
“The intelligent people know when it’s time to get serious.”

Following two defeats in four days, the time to get serious has surely arrived for Real who host Levante on Sunday.

Anything less than a resounding win and the knives will remain sharpened for Ancelotti in the Spanish press.

Despite the shock defeat to Schalke, Ancelotti and Madrid remain on course to become the first team to successfully defend the Champions League trophy.

With their place in the last eight assured, Real Madrid are now 3.80 to win the Champions League again this season.