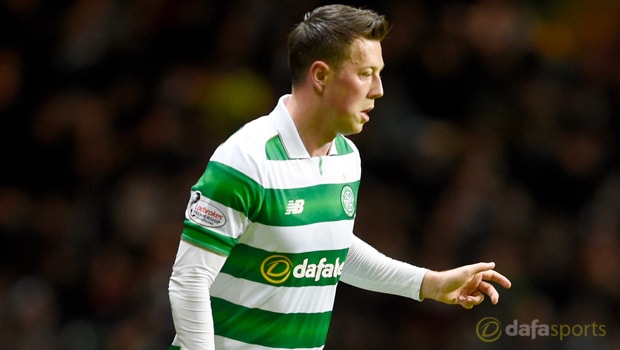 The Parkhead club have won all but one of their Premiership matches so far this season and hold a 24-point lead at the top of the table.

Midfielder McGregor feels the fitness regime implemented by boss Brendan Rodgers has been key to their success.

“The way we play, we want to circulate the ball and get teams moving,” he told the Evening Times. “But if it breaks down then we try and hunt it back as quickly as we can.

“That can demoralise teams as they think, ‘here we go, we have to try to get it back again’. Our mindset is that as soon as we lose it we want to get it straight back and that just tires teams out.

“We keep going and keep being relentless and that’s when the fitness side of things comes into it.

At the end of a game we still have the quality, the fitness and the mental sharpness to make the right decisions at the right time.

“I think this is the fittest I’ve felt as a player. We had a great pre-season in terms of the running and football fitness side.

That’s great but I feel as well that it’s more the mental fitness also in that we are just grinding teams down all the time.”

McGregor also hailed the unity within the Celtic squad and he says everyone is pulling in the same direction. He added: “It’s great to be a part of this team spirit.

There’s nothing better as a player if you go and play and win on a Saturday so all of the boys are enjoying it as we are working hard as a team and getting the success.”

Celtic host Motherwell on Saturday and they are 7.00 to win 4-0, while Moussa Dembele is 3.00 to score first.