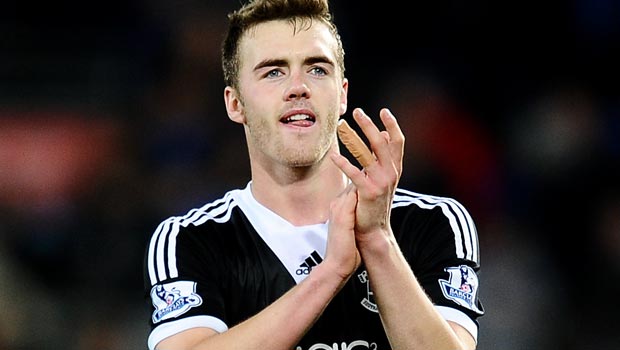 Southampton’s youth academy will produce more young players ready to break into the first team following the departure of several big names this summer, according to Callum Chambers.

Chambers was the fifth player to exit St Mary’s since the end of last season after agreeing to join Arsenal for a fee of £16million.

The 19-year-old only made his Saints debut at the start of last term, going on to feature 21 times after battling out for a regular starting place with Nathaniel Clyne.

However, Chambers believes that there are more youngsters progressing through the ranks and he has confidence the club will continue to move in the right direction.

The young defender admitted that it was a big challenge to make the step up and he was relishing the opportunity to test himself at the highest level.

He added: “From under-21s to first-team football is such a big step. I think it is more mentally than physically challenging.

“I have managed to keep my feet on the ground and worked hard.

“Every experience I got was such a good feeling to go out there and play against players of such quality. I just want to keep doing it more and more.”

Chambers may be handed the chance to make his league debut for Arsenal who can be backed at 1.29 to win their season opener against Crystal Palace, who are priced at 8.06 to come out on top, on August 16.