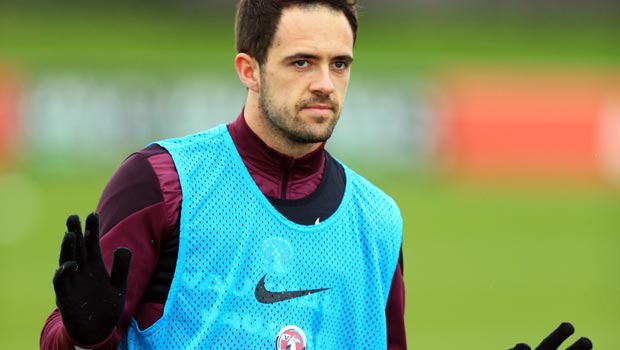 Burnley striker Danny Ings believes he can secure a place in the England squad in the future.

Ings has drawn confidence from England boss Roy Hodgson’s decision to call upon West Brom’s Saido Berahino for the games against Slovenia and Scotland over the international break, and the Clarets striker has his sights set on a place in the senior squad.

The Burnley star has been included in the England Under-21 squad for Thursday’s friendly with Portugal, and he hopes to impress for his club in the Premier League in a bid to attract Hodgson’s attention.

Ings’ goals help fire the Turf Moor outfit to promotion from the Championship last term but he has managed just one Premier League strike to date, in last month’s 3-1 defeat to Everton, although his campaign has been blighted by injury.

The striker has now recovered from the hamstring injury that forced him to sit out a number of games and he hopes to find his form for the Clarets after the international break.

Berahino’s call-up came on the back of a run of five goals in six games and Ings hopes he can emulate the Baggies forward and force his way into the England side.

“If you’re scoring goals for your club in the Premier League, doors open,” he told The Lancashire Telegraph.

“It’s happened to him [Berahino] and fair play to the lad, he’s a fantastic striker and a great finisher. Hopefully I’ll be able to follow in his footsteps so maybe in the future, you never know.”

Burnley travel to Stoke City after the international break and they are priced at 4.80 to secure a second successive victory, having picked up a first league win of the season against Hull last time out. The Potters are available at 1.65 to take all three points and a draw is 3.50.