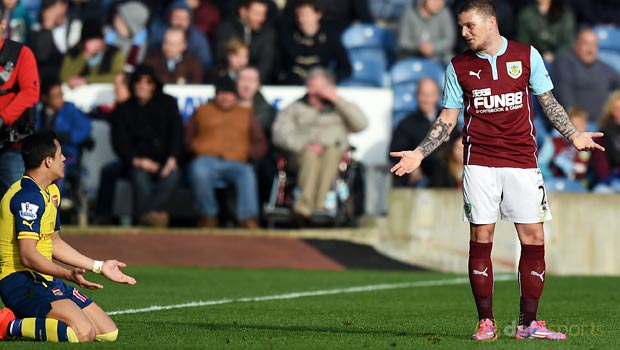 Burnley defender Kieran Trippier says his side remain confident they can avoid relegation from the Premier League.

The Clarets are currently 19th in the table but are only two points adrift of safety following a 1-0 defeat at home to Arsenal in the latest round of fixtures.

Trippier accepts that many people expected the Clarets to go down before a ball had even been kicked this season, but he says the players always believed they could survive and stressed they are still confident of retaining their top-flight status.

“We knew it was going to be difficult coming into this league, and if you look at the start of the season, we didn’t win a game or score a goal, and people were writing us off,” he said.

“But we’re still there, still fighting, and they’re six massive games now, which we’ll take game by game as we have done all season.

“We give everything, that’s the thing about our team, the spirit, like you saw last season, and the belief in our team is so strong. People see that and hopefully we can get the points we need to stay in this league.”

Burnley face a tough trip to a resurgent Everton side in the next round of Premier League games, but also have some big games against fellow strugglers to come in their remaining fixtures.

The Turf Moor outfit host rock bottom Leicester on April 25 and travel to both Hull and Aston Villa in May in a trio of clashes that could go a long way towards deciding who drops down to the Championship at the end of the campaign.

Burnley are 5.00 to beat Everton next weekend and 1.53 to be relegated.