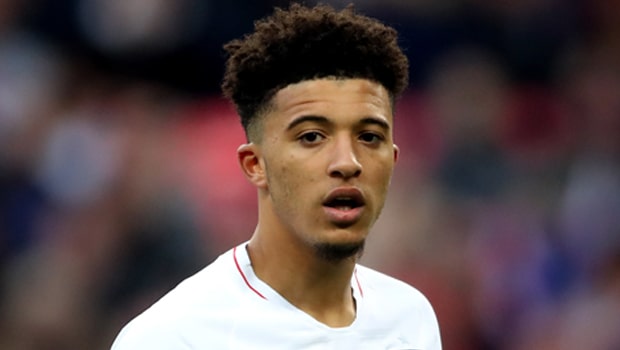 Borussia Dortmund chief Michael Zorc has warned off Europe’s top clubs from a summer move for Jadon Sancho, insisting the rising star will “certainly play with us next year”.

Sancho left Premier League champions Manchester City in August 2017 to join Dortmund in an £8million deal and has become an integral part of the first team this season, having had limited senior opportunities during his debut campaign.

The 18-year-old has scored six goals from 17 league appearances to help BVB to the top of the Bundesliga while his emergence has also led to his breakthrough for Gareth Southgate’s England, with the winger already winning three caps for the Three Lions.

There is said to be huge interest in the Camberwell-born star, with former employers City, Manchester United and French champions Paris Saint-Germain all deliberating summer offers.

However, Zorc has sent a warning to any potential suitors after insisting the German outfit are not contemplating selling Sancho, who only signed a new contract in October last year.

“He’s an outstanding talent and a big part of our future,” he told ESPN.

“We are convinced that we are the best option for him to keep developing. He’s not finished yet. Not by a long stretch. “And he will certainly play with us next year, come what may.”

Dortmund return to Bundesliga action on Saturday when they make the tricky trip to RB Leipzig, who are sitting fourth ahead of the contest and could move to within eight points of their opponents.