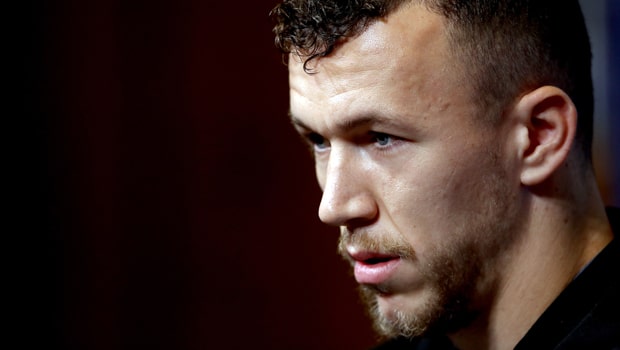 Bayern Munich have completed the signing of winger Ivan Perisic on a season-long loan deal from Inter Milan.

The Bavarians also have an option to buy the Croatia international at the end of his loan spell and he becomes their fourth signing of the summer, following Lucas Hernandez, Benjamin Pavard and Fiete Arp through the door at the Allianz Arena.

Perisic has plenty of Bundesliga experience already, having previously enjoyed spells at Wolfsburg and Borussia Dortmund, and he won the league championship with the latter back in 2012. Winning trophies appears to be high on Perisic’s to do list with Bayern, as he is not just targeting domestic success, but also a serious challenge for Champions League glory.

“I’m very happy to be back in Germany,” Perisic was quoted as saying by the Bundesliga website. “Bayern are one of the biggest clubs in Europe. We want to fight not only in the Bundesliga and the DFB Cup, but also the UEFA Champions League.”

Perisic also played a major role in Croatia’s run to last year’s World Cup final, scoring in the semi-final victory over England and defeat to France in the final.

“He is technically strong and very flexible in attack. I’m sure Ivan will settle in quickly, because he already knows the Bundesliga and our coach Niko Kovac well.” Perisic could make his Bayern debut in their opening match of the new Bundesliga season against Hertha Berlin on Friday.